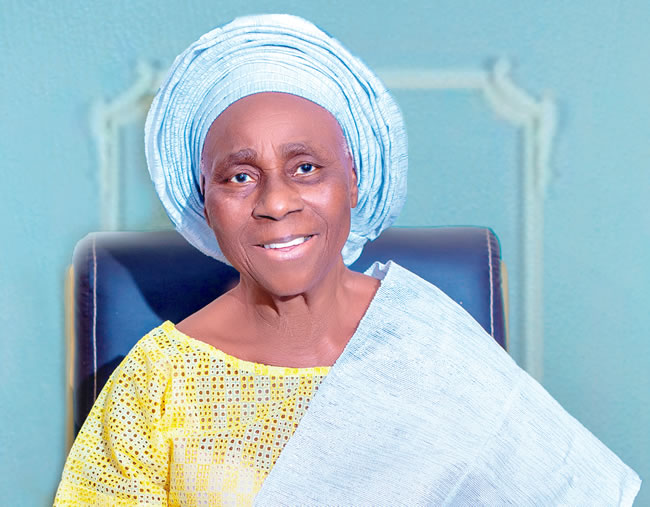 Mrs. Juliana Soyebi has retired as senior matron at Osogbo General Hospital and said she wants to use the rest of her life to serve God and humanity. She speaks with SEGUN ADEBAYO about her career and why the government must save the health sector.

You retired as a senior matron, can you tell us how your nursing career started and what you enjoyed the most?

I started my nursing career in 1964 at Tunga Magaji General Hospital because at that time you will be working while studying. Later, I passed an exam to study Psychotic Nursing in 1971 at Adeoyo Hospital in Agbadagbudu Ibadan, Oyo State. I started working at the Adeoyo Psychotic Hospital during my studies and spent three years there. I then continued my midwifery studies where I had the opportunity to work at the same time. In fact, I worked with Adeoyo Psychotic Hospital until Osun State was created from Oyo State and was transferred to Osun State. I retired as a senior matron at Osogbo General Hospital.

Why did you choose the nursing profession?

I chose the nursing profession because I love taking care of people and the profession gave me the opportunity to travel to the UK to work as a nurse there in 2006, but I dropped this opportunity due to my husband’s illness. My travel agent informed me that the process was complete and that I had to go abroad, but the day I was supposed to travel, my husband suffered a stroke. My husband advised me to go to the UK and pick him up later, but I insisted I stay. My husband died on June 26, 2006 two months after the incident. I tried everything I could to save him but God loves him more.

What were some memorable moments you had in your job?

I haven’t had a lot of nursing challenges because I found joy and happiness doing it.

The difficult experience that I remember very well at the midwifery hospital was that of a lady who died of superstition. This lady put on a black ring with the belief that the ring would prevent her from having the miscarriages she usually had before. However, she did not tell us about the ring because she had been in labor for a long time but the ring prevented her from delivering the child despite my efforts. But as an experienced nurse, I started questioning her after we prayed for a few hours before she confessed the magic ring on her finger and its usefulness. I needed to call his mother in the labor room to come and remove the ring and took delivery successfully immediately. Imagine what could have happened if we hadn’t discovered the magic ring. She could have died with the baby after so much effort to deliver her safely, if I hadn’t been an experienced nurse the story would have been different.

What is the most beautiful day of your life?

The best day of my life is being able to see myself living to be 80 because I didn’t know I could live to see today. God is the one who saved me because I would have died in August. My blood sugar dropped to 31% which is abnormal and I was unconscious as a result of this, it could have cost me my life but God brought me back to life, I am happy.

Governments must raise the salaries and emoluments of health officials to retain them, just as foreign countries are doing. If the government takes care of its health workers, it will provide good health facilities. Doctors would not need to go abroad and Nigerians would also not need to go abroad for treatment because Nigerian health workers are well trained to provide excellent Health care. But the government failed to provide good health facilities. The Nigerian government does not value our experienced health workers because of their selfish interest and we continue to lose experienced health workers to foreign countries every day, but they do not seem concerned about the damage this could cause to the community. next generation.

How did you meet your husband?

I met my husband when I moved to Offa after completing my general nursing course in the northern part of Nigeria. My husband and I started dating in 1970. We got married in the Ilorin Register after my three year program in a psychiatric hospital and I had my first child (late Mr. Oluwatoyin) before moving on to the Nurse Midwifery School in Ibadan.

How was life with your husband at the time?

My husband was a Nigeria Railway Corporation (NRC) staff working in Offa but he influenced his transfer to Ibadan (NRC) station because of me so that we could live together. However, he was then transferred to the NRC station in Àgbado while I was working in the mental hospital in Ibadan, but that did not cause any problem between us because he usually comes to see me and I go to Agbado for the see when I’m off duty too.

What can you say about bad parenting in society?

Bad parenting usually affects children because if the parents are not able to take care of their children adequately, the children become temperamental and lead a life of drugs and other antisocial vices that could shorten their lives.

Tell us about your spiritual life?

I love Jesus because without his love for me, I would be dead. I got closer to God when my firstborn died. I have only God for help and he helps me. Usually I fast and pray whenever I face challenges, but that’s when I had strength. I no longer have the strength to fast but I can pray and God will hear me. Through prayers you will gain a lot of things, because when God sees that you are loyal and you have no helper, he will show you mercy

Tell us about your childhood?

I started my childhood in Offa where I started school. I went to Ijagbo Baptist Grammar School, Offa. After my common entry, I was admitted to the Methodist Girls’ High School of Ifaki-Ekiti where I spent four years and passed a nursing exam which I passed. I went straight to nursing school and completed my education as a general nurse in 1969 at Tunga Magaji General Hospital in present day Niger State.