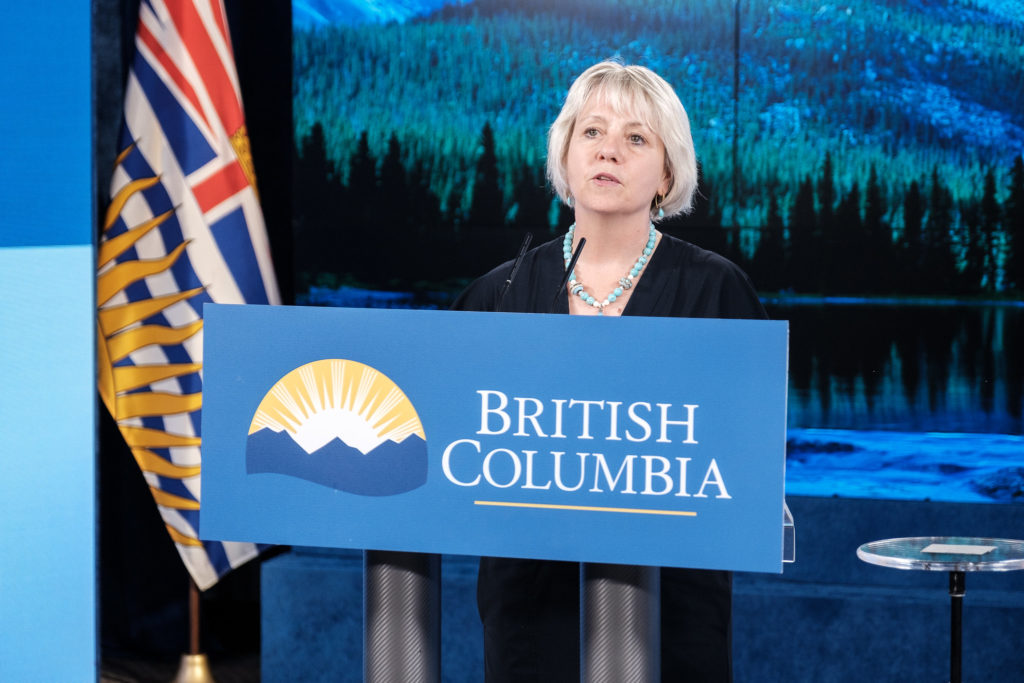 British Columbia health officials continue to focus on protecting vaccines against COVID-19, highlighting new data federal officials are seeing that suggests those vaccinated are 60 to 70 percent less likely to ‘need hospital treatment for the Omicron variant.

Since last Thursday, more than 100 more British Columbians have been hospitalized with the virus, with British Columbia reporting on Monday that there were 431 currently being treated.

Dr Henry suggested at Tuesday’s press conference that many of the current hospitalizations are still linked to the Delta variant. health care system. Dr Henry also says it is difficult to anticipate the level of care required for Omicron cases in the coming weeks.

The data has been proven by health officials, according to Henry, that vaccinated people have the potential to contract the Omicron variant at a higher rate than other strains, but adds that the potential decreases with a booster.

She says that while the risk of infection has increased with this new variant, the likelihood of serious illness and hospitalization still appears to be lower than with previous strains and being double vaccinated adds an extra layer of protection.

Additionally, Henry says health officials expect other treatment options to become available in British Columbia as soon as a number of new antiviral drugs are currently under consideration by Health Canada. She adds that if these drugs are approved, she hopes they can be used to ease the strain on the province’s health care system.

“What this means in the short term is that the restrictions on gatherings and events will likely remain unchanged for now,” says Dr Henry. “What we’re also seeing right now is a changing risk scenario, where the risks to those who are vaccinated are very different – even with this strain of Omicron – than those who are not vaccinated.”

“If you are vaccinated, you have less risk of infection, especially after your booster. You are much more likely to have mild illness, not to need hospital care, not to need intensive care, and not to die from this virus, ”Henry said.

“The risk of you passing it on to others is greatly reduced compared to people who don’t have this protection,” she added.

As British Columbia battles the Omicron-fueled Fifth Wave, Henry encourages people to change their current habits and shift social ties outward or into virtual support and limit extracurricular activities in the near future.

Henry also said that three people in their 20s and another in their 30s are currently in intensive care in British Columbia, and not all are vaccinated.

She says seeing young people in intensive care causes distress for healthcare workers, so it’s up to everyone to assess their personal risk of contracting COVID-19.

Henry calls on everyone to continue their social relationships on the outside and practically while some people feel battered by wave after wave of the pandemic storm.

Today’s press conference comes a day after the children of British Columbia returned to the classroom for an in-person learning.

While the children had to go back to school, some parents chose to keep their children at home for safety reasons.

The Sooke School District said attendance was down about 14% on Monday. Superintendent Scott Stinson admits that there are currently no distance learning options for students who stay home by choice.

“At this point we have not received any direction from the ministry regarding hybrid or remote options for families, we are really focused on keeping our schools open,” he said.

But Stinson acknowledged that keeping schools open could become a challenge in the coming weeks, either due to a significant drop in attendance due to student illness or due to sick teachers and staff.

While there has been a lot of anxiety on the part of parents about getting children back to school, this does not necessarily translate into actual vaccinations for children aged 5 to 11, as Colombia -British progressing slowly on childhood immunization rates.

With files from The Canadian Press.

At the absolutely saddest and scariest moment of my adult life, a nurse was by…