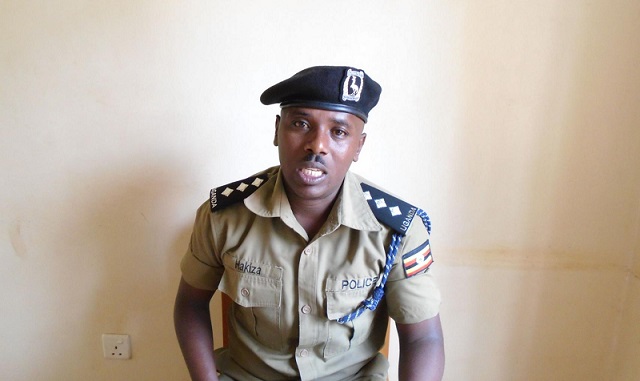 Police allege that the suspects are colluding with a cleaner from the Butema health center identified as Ivan Bigirwa to sell COVID-19 vaccination cards to various people in Hoima town and the district. Bigirwa was arrested in the act on Sunday afternoon while selling the cards at the Hoima Boma field in the town of Hoima.

The police took him to the central police station in Hoima City where he is being held. Julius Hakiza, the police spokesperson for the Albertine area, said police summoned the two health workers to record statements about how the cleaner obtained the COVID-19 stamped vaccination cards from health facility without their consent.

According to Hakiza, preliminary police investigations indicate that health workers colluded with the cleaner to sell the cards for between 50,000 and 100,000 shillings each. Hakiza says they are currently looking for other staff attached to the same health facility who have been summoned to record statements to no avail.

According to Hakiza, they are also investigating several members of the staff at the regional referral hospital in Hoima who are believed to be part of the racketeering.