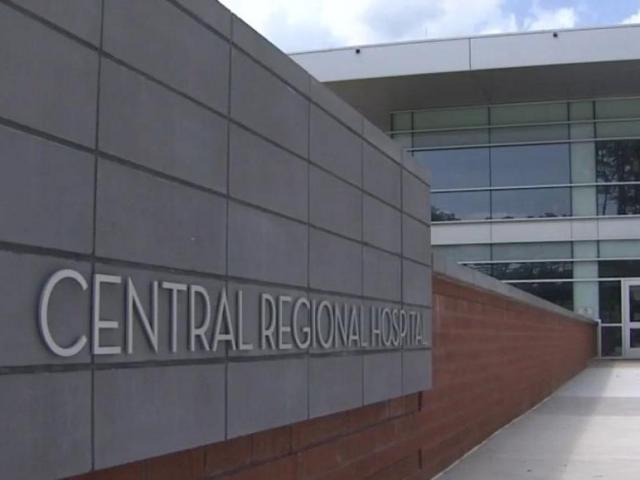 For nearly two years, WRAL Investigates has been covering the mental health toll created by the COVID-19 pandemic.

The bottom line is this: At a time when more people need help than ever, the state simply doesn’t have enough therapists and counselors to meet the demand.

“Staff get hurt, have aggressive behaviors, aren’t able to hold back or defuse those behaviors,” Cutler said of the day-to-day struggles.

Cutler feels that without the proper support staff, small incidents that can normally be handled peacefully can quickly spiral out of control.

Central Regional has 1,437 employees, but 449 vacancies, or nearly 25% vacancy rate. Cutler said staffing shortages played a part in an attack on him and his colleagues in June.

“The patient started insulting us,” Cutler said. “I was hit in the chest and back twice.

“Anyone she saw in her path, she put her hands out to them and that’s exactly what she did…I had a bruise on my knee, I cut my lip…Two of my colleagues were injured, two nurses were attacked, one of them is still missing.

Cutler and other workers are represented by EU Local 150, a union that highlights issues at the hospital, including employee assaults and low pay. Workers also said contractors are used to fill vacancies. Contractors who make more money than full-time, long-term employees and in many cases, Cutler said, those workers leave before their contracts end.

“Staffing and manpower in what I consider the care workforce is a top priority for the department and is a huge issue at our state facilities,” said the secretary of the North Carolina Department of Health and Human Services, Kody Kinsley, to WRAL Investigates.

Kinsley worries not only about the 25 per cent vacancy rate, but also about turnover which means almost half of staff quit their public health jobs each year.

“We’re losing staff to other jobs where they can get a lot more out of the market,” Kinsley said.

Staffing issues impact patient care and access to mental health care when needs are at an all-time high. Last July, there were 257 patients at Central Regional, the most the hospital could handle based on staffing. That’s down from 367 patients in July 2019. When fully staffed, the hospital can accommodate nearly 400 patients, more than any other public facility.

Kinsley told WRAL Investigates he was well aware of the need for help.

Due to understaffing, many patients are waiting in local hospital emergency rooms because Central beds cannot be staffed.

Last month, there were 68 patients on Central’s waiting list. On average, it took 296 hours to admit them, which is more than 12 days.

The the other two facilities in the state also have waiting lists. Broughton in the mountains has 15 patients waiting an average of 127 hours. Cherry Hospital in Wayne County has 87 patients waiting about 156 hours to be admitted.

Kinsley said losing up to $500 million a month in available Medicaid funding remains a key reason.

“Having not expanded Medicaid in a decade, it’s had a huge impact on our healthcare workforce and we need to start changing that trend,” Kinsley said. “My primary goal is to continue to keep our leaders focused on the most important thing which is our people and the work they do for the people they serve.

For workers like Cutler, he wants them to be more appreciated by management and lawmakers.

“Patient care and staff care have to be on a level,” he said.

Cutler wants lawmakers to understand the shortcomings and, in turn, provide more funding to hire new and retain current workers, so those who need mental health care can get it. He said the money will also protect those who supply the are.

“Some of the staff had their hair ripped out, like literally ripped out at their roots,” Cutler said. “I guarantee you that this will not be the last incident where many workers will be injured.”

WRAL Investigates asked state health officials for data on the number of physical confrontations where staff or patients were injured to see if trends are increasing since the start of the pandemic. Citing privacy laws, the North Carolina Department of Health and Human Services declined to provide this information to WRAL Investigates.

The United Nations Population Fund (UNFPA) Family Planning Training, in support of the Department of…