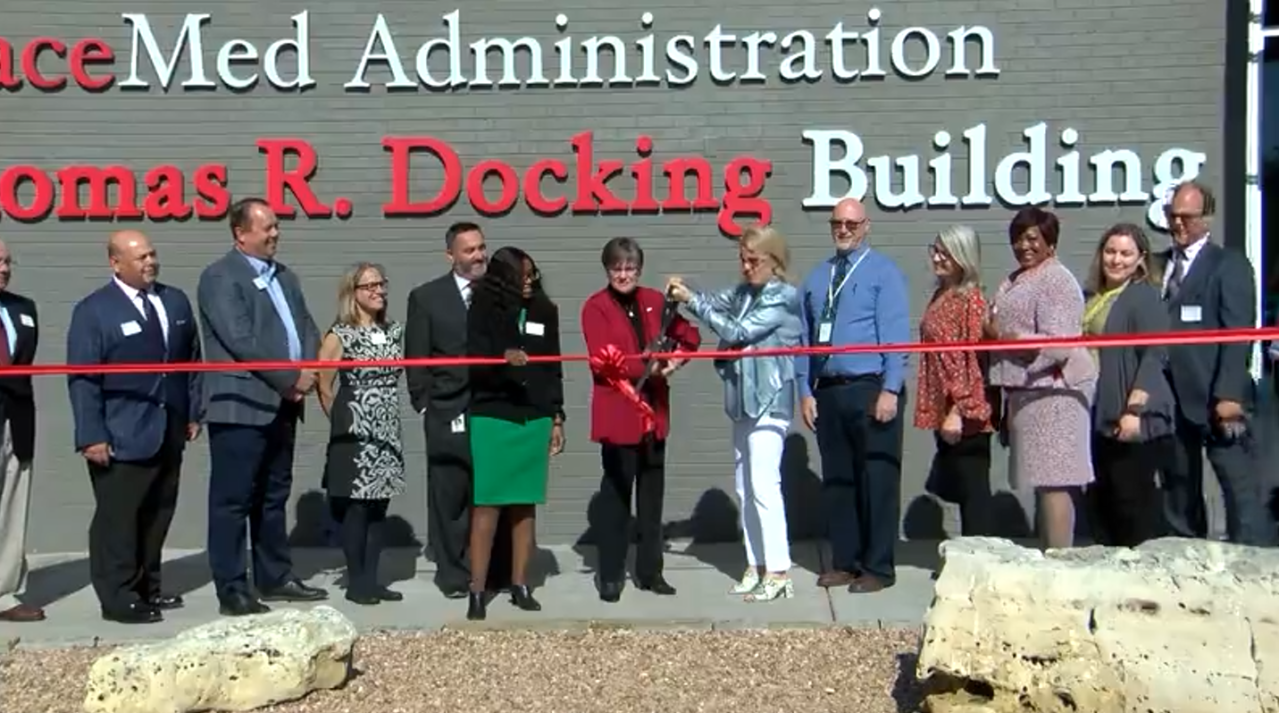 WICHITA, Kan. (KSNW) – Local health clinics say the need for medical services is increasing in our communities. GraceMed Health Clinic in Wichita is a non-profit organization serving the underserved. On Friday, they celebrated their expansion by dedicating a new building to the late Thomas R. Docking, former lieutenant governor of Kansas.

“He was an incredible member of the community as a widow, Jill,” Governor Laura Kelly said.

“I mean, he’s done a lot for the community. He believed in caring for the disenfranchised, the underinsured, the uninsured, and so this is just a continuation of his legacy,” said Venus Lee, CEO of GraceMed.

Both Kelly and Lee played a role in the building’s dedication while recognizing the growing need for medical care among underserved Kansans.

“There really is nothing more important that people have access to quality health care at an affordable price,” Kelly added.

JV Johnston is the executive director of Guadalupe Clinic, which also serves the underinsured and uninsured. He said the number of patients was on the rise.

“Our patient schedule allows for one or two patients to be seen walk-in, and we have three, four or five people a day who come in walk-in and want to be seen, and we should figure out how to make that happen. Johnston mentioned.

One thing is certain, the demand for care is increasing.

Governor Kelly said there were 150,000 Kansans who had no access to health care. Expanding the availability of these services is crucial, she said.