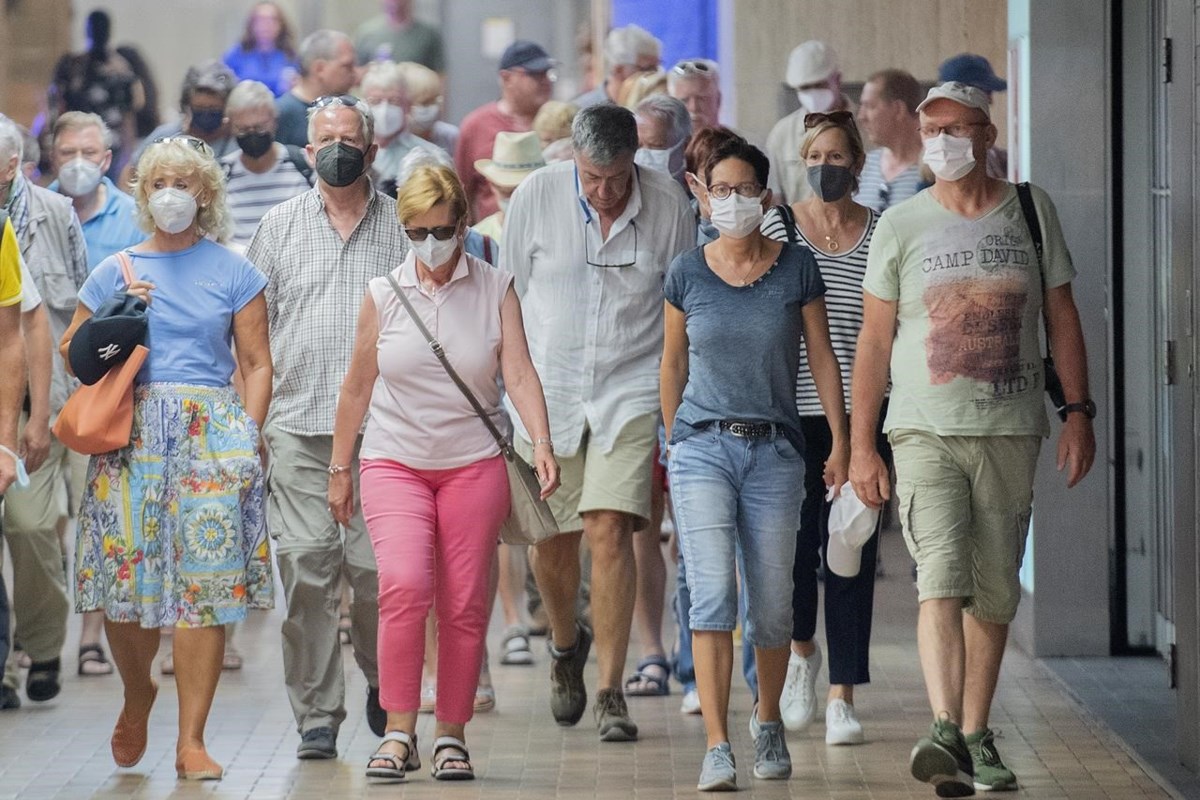 MONTREAL — Some health care workers in Quebec have been asked to report to work in recent days while suffering from severe symptoms of COVID-19, including nausea, vomiting, headaches and severe fatigue, the head of a major Quebec nurses union said on Monday.

MONTREAL — Some health care workers in Quebec have been asked to report to work in recent days while suffering from severe symptoms of COVID-19, including nausea, vomiting, headaches and severe fatigue, the head of a major Quebec nurses union said on Monday.

The return to work of a symptomatic worker positive for COVID-19 is “completely unacceptable” and goes against public health recommendations, said Julie Bouchard of the Fédération interprofessionnelle de la santé du Québec.

“While the entire population is asked to stay at home and isolate themselves to avoid contamination when they show symptoms or are positive for COVID-19, health network workers can still go at work, risk contaminating our colleagues, make already vulnerable patients even sicker,” she said in a telephone interview.

“This goes completely against what public health has been telling the people of Quebec for weeks.”

Bouchard said she has only heard of about 10 sick healthcare workers affected so far, adding that the practice appears to be limited to a small number of employers. However, she said she fears more health facilities are trying to do the same as the network grapples with severe staff shortages.

The Ministry of Health confirmed in an email that workers who test positive may be asked to return to work, even if they have symptoms, but only in the event of “persistent compromise in access to services” and when all other options have been exhausted. .

Any infected employee should only work with less vulnerable patients or on COVID-19 positive units and should wear protective equipment, spokesman Robert Maranda wrote in an email. Maranda added that measures must be put in place in common areas to prevent sick workers from contaminating other employees.

Bouchard said the government had updated its policies to allow COVID-19 positive health care workers to return to work during the fifth wave, which began in December, but she said at the time, the directive only applied to asymptomatic workers.

Réjean Leclerc, leader of another union representing healthcare workers, says he has yet to hear first-hand any cases of calls from symptomatic healthcare workers. However, he said his union has long feared that the policy of calling asymptomatic COVID-19 19-year-old HIV-positive workers could “regress” to calling those who are still sick.

Asking a sick person to return to work is dangerous for patients, colleagues and for the worker, who needs all his energy to fight the virus, he said in a telephone interview on Monday.

“We are against (the return to work of workers positive for COVID-19) because it exacerbates the pandemic; it delays its end because we expose vulnerable people, patients, colleagues,” said Leclerc, president of the FSSS-CSN. “It’s a spinning wheel.”

Instead, he said the government should address staffing shortages by providing better incentives for workers who have left the field to return and improving working conditions. Another way to ease the strain on the healthcare system is to reduce transmission of COVID-19 among the general public, he added.

The government said there are currently 5,014 healthcare workers on sick leave for COVID-19-related reasons.

This report from The Canadian Press was first published on August 1, 2022.