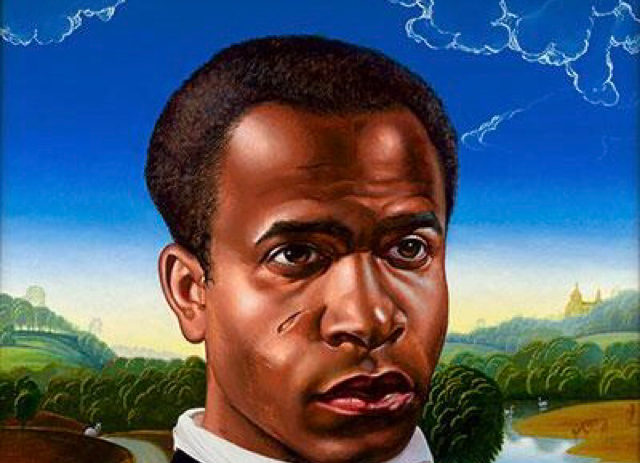 As I continue to endure the worsening complications of prostate cancer and the denial of treatment by US prison authorities, which has lasted for over a year, I am reminded of Frantz Fanon’s own death as a result of leukemia and how the US government provided care for him at the very end. .

Fanon a champion of national liberation

Fanon was one of the world’s leading champions of the national liberation struggle in the 1960s. Just months before his death, he wrote what many consider the “bible” of anti-colonial resistance, “The Damned of the Earth “. (1)

Born in Martinique and a trained psychiatrist, Fanon joins and lends his expertise to the Algerian resistance against French colonialism. His writings and example influenced revolutionary movements around the world and leaders such as Huey P. Newton and the original Black Panther Party, Malcolm X, George Jackson, Imiri Baraka, James Yaki Saykes and many others.

He died in Washington, DC, on December 6, 1961, at the National Institute of Health in Bethesda, Maryland, where he was admitted and treated through CIA involvement. He was not in favor of treatment “in this country of lynchers”, but counselors told him that treatment in this establishment was his only way of survival. He was suspicious of the medical staff and insisted as he lay dying that ‘they put me through the washing machine last night’.

Whether or not Amerika really tried to save Fanon’s life, the offer of treatment was a political bone thrown at African liberation struggles and the new black leaders of emerging African-led nations as their European colonizers retreated. and were expelled from the continent because of African resistance.

Amerika presented himself as a champion of African national liberation, with a selfish ulterior motive of course. The angle was to fend off European colonial powers and take their place in accessing and controlling the continent’s abundant natural resources, especially its vast reserves of fossil fuels.

To do this, Amerika aspired to back and support black African leaders to take control of liberation movements and “liberate” African countries and serve as puppets and junior partners to steal and export Africa’s resources. It was the very neo-colonial method that the United States had used for over a century to great effect in its own “region of influence” of Central and South America.

In 1957, then-Vice President Richard Nixon laid out these ambitions upon returning from a tour of Africa. He stated:

“American interests in the future are so great that they justify us not hesitating even to assist the departure of the colonial powers from Africa. If we can win over indigenous opinion in the process, America’s future in Africa will be secure. (2)

In analyzing the development of neo-colonialism in Africa, Amilcar Cabral (one of Africa’s great revolutionary leaders and theorists) was the first to raise suspicions about America’s support for nationalist independence movements in Africa as a neocolonial plot and to recognize that the strategy of revolutionary nationalism did not provide an answer, but was in fact a gateway to neocolonialism. He wrote:

He recognized the contradiction inherent in imperialists like America promoting Third World independence if such struggles were truly a threat to imperialism.

“In Guinea, as in other countries, the establishment of imperialism by force and the presence of the colonial system considerably modified the historical conditions and provoked a response – the national liberation struggle – which is generally considered as a revolutionary current; but it’s something that I think needs further investigation. I would like to formulate this question: is the national liberation movement simply born from within our country, is it the result of the internal contradictions created by the presence of colonialism, or are there external factors that determined it? In fact, I would even go so far as to ask whether, given the advance of socialism in the world, the national liberation movement is not an imperialist initiative. Is the legal institution that serves as a reference for the right of all peoples to fight to free themselves a product of peoples trying to free themselves? Let us not forget that it was the imperialist countries which recognized the right of all peoples to national independence. (3)

He recognized the contradiction inherent in imperialists like America promoting Third World independence if such struggles were truly a threat to imperialism. He saw neocolonialism as the real danger. He noted, “What really interests us here is neocolonialism,” which he saw as the new form of imperialism that emerged after World War II to replace the old colonial system under European control, in “granting[ing] independence to occupied countries plus “aid”.

Cabral realized that colonialism was no longer the main threat to the underdeveloped world, and that revolutionary national liberation was no longer the solution. The real problem for Afrika now was neo-colonialism and the solution for Afrikaans everywhere was a revolutionary pan-African struggle that united all the people of Afrika in a class struggle against imperialism. A model that was also championed by Cabral’s close friend and comrade, Kwame Nkrumah, Ghana’s first Afrikaans president who was overthrown in a CIA-orchestrated coup the year after he wrote an exposé definitive on neocolonialism. (4)

But Nkrumah failed to follow the strategy of developing a pan-African revolutionary movement, party and army. As Cabral observed in his eulogy delivered at Nkrumah’s funeral, Nkrumah confided to him that he had made serious mistakes in this regard and that if he could do it again, he would take a different course. As a further setback, before he could consolidate the strategy himself, Cabral was assassinated by Portuguese agents within his own party in Guinea Bissau.

But Amerika was not entirely successful in its plans to gain influence and control over Afrikan, thanks in large part to the Soviet Union and its international media and the efforts of people like Malcolm X, who traveled across Afrika and the Third World, exposing America’s crimes against black people. in the United States – atrocities similar to the atrocities committed by the European colonizers whom the Afrikans were fighting to expel from the continent. Malcolm’s efforts cost him his life when designing the CIA.

Thus, the plot to use Fanon’s cancer treatment as a political tool to curry favor with Africans failed. BUT that doesn’t take away from the importance of the lesson we have to learn from America’s use of slimy tactics like this to curry favor and manipulate oppressed peoples into seeing the very source of our oppression as our friend and ally.

We should remember this when we see willing token black people encouraging us to support establishment politicians and political parties like the Democrats who are imperialist bodies that have been at the heart of our suffering since their founding, and black puppets who are used to co-opt our struggles and make us see them as our allies against the violence of the police state, the class exploitation and white supremacy it supports and from which we fight to free ourselves.

Neo-colonialism is alive and well. And he doesn’t shy away from any dirty tactics, including using medical care or neglect as a political weapon.

Dare to fight Dare to win!

All power to the people!