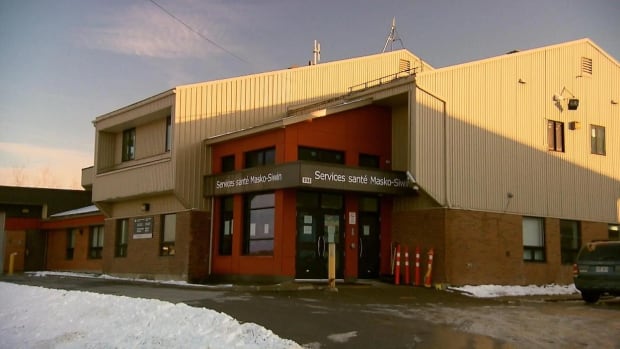 A coroner’s report into the death of a seven-month-old baby from the Atikamekw community of Manawan, Quebec, says significant delays in receiving medical attention likely played a role in the girl’s death, as it took several hours to transport the child to a pediatric hospital.

The baby girl died on April 4 at the Center hospitalier universitaire Sainte-Justine in Montreal, of complications from meningitis and COVID-19, after being first diagnosed at the community health center as having a fever due to teething.

When her parents sought emergency care after her condition worsened, the report said it took a total of eight and a half hours from the first call for an ambulance to transport her to Sainte-Justine.

This recommendation was made by another coroner 13 years ago following the death of a little girl in the same Atikamekw community, located 250 kilometers north of Montreal, in the Lanaudière region.

On April 2, after parents spent two days treating the seven-month-old girl’s fever with acetaminophen, she had a seizure and was taken to Masko-Siwin Health Center in Manawan.

After seeing her, the nurse called an ambulance as the child was suffering from “febrile convulsions with difficulty in breathing”, according to the report.

The initial call was made to Manawan’s only ambulance around 9 p.m., but the vehicle was unavailable. The report says the team was overwhelmed and couldn’t answer the call. The chief operating officer for the Manawan region “did not communicate this service disruption,” the report said.

Another call was immediately made for an ambulance from Saint-Michel-des-Saints, Quebec, 90 kilometers away.

Despite the urgency of the situation, the ambulance left nearly six minutes after the call and took one hour and 48 minutes to arrive at the Atikamekw community health centre. He left half an hour later with the baby and his mother for the nearest hospital, the Lanaudière Regional Hospital Center.

“In this context, and given the initial medical assessment, it seems to me highly likely that delays of this magnitude had an impact on the survival of the child,” concludes Kamel.

The issue of ambulance delays and medical transfers from Manawan has already been studied.

After a toddler, also transferred from Saint-Michel-des-Saints to Montreal, died by drowning in 2009, the acoroner recommended find ways to reduce wait times for ambulances, including the possibility of establishing medical evacuation services for patients in critical condition in remote areas.

“I can only agree with his concerns,” Kamel said.

Although private medical helicopter services exist,Quebec is one of the only provinces in Canada without an organized pre-hospital emergency air ambulance system.

Sipi Flamand, the head of the Atikamekw Council of Manawan, says it is unacceptable that Kamel had to reiterate the recommendation to improve medical transfers.

“Knowing what happened in 2009, but also in 1998, we have not changed. Both at the Quebec level and at the community level, which remains underfunded to meet its needs,” Flamand said in response to the report.

“It’s shocking and sad,” he said. “Cases like this baby shouldn’t have happened.”

In 1998, another Quebec coroner looked into the respiratory failure of a 24-year-old man and ruled that if Manawan “was better equipped with medication [and] ambulance transport, and if the personnel have been trained according to the standard suggested by the regional authority, it is probable that [the man] would still be alive today.

In the case of the seven-month-old baby, Kamel believes that the situation should “without a doubt have required an initial assessment, which would have favored transport other than by land”.

Kamel recommends that the Ministry of Health undertake as soon as possible a project to overhaul pre-hospital emergency services, including helicopter transport, so that patients in critical condition in remote areas can benefit from these services in a near future.

According to the coroner, the department is currently working on it.

For its part, Manawan began discussions in May with a private helicopter air ambulance company called Airmedic to have a heliport and offer medical transport services.

Flamand points out that he testified at the Viens Commission, a public inquiry into relations between Indigenous peoples and certain public services in Quebec, on the need for Manawan to have more than one ambulance. At the time, the community did not have one.

He thinks three would be better, plus the helipad.

Kamel also advises the Manawan Health Center to ensure that a patient’s clinical assessment takes into account their level of priority and that the right means of transport is used to reduce transfer times when necessary.

“Practices need to be reviewed, especially when a child’s health is at stake,” Flamand said.

The coroner says the province must also explore off-the-shelf solutions.

One area that needs to be explored, she said, is creating a pre-hospital care unit specifically for First Nations patients, similar to many of their communities that have a dedicated police unit. She says the Ministry of Higher Education should assess this possibility and find ways to address labor shortages in remote areas.

Flamand says all three of these recommendations can realistically be implemented, but it requires government involvement.