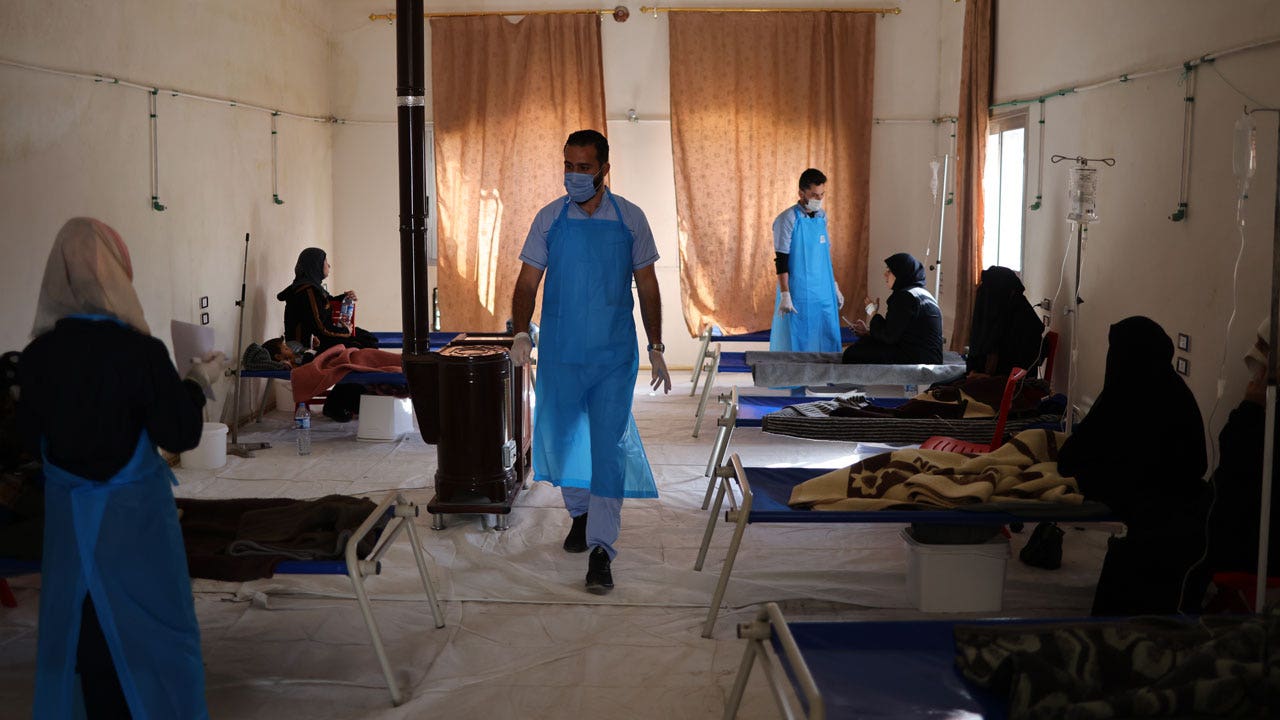 Lack of access to clean water has exacerbated a cholera outbreak plaguing Syria’s war-torn provinces, where local authorities are struggling to contain the spread with chlorine tablets and vaccines.

More … than 35,000 suspected cases of cholera have been reported across the country, according to the UN children’s agency. UNICEF said only around 2,500 people had been tested, with nearly half of them confirmed positive.

“Finding a single case of cholera means you have an outbreak,” said Zuhair al-Sahwi, head of communicable and chronic diseases at Syria’s health ministry.

He said the curve had largely flattened, with a slowdown in the number of new daily confirmed cases.

Sahwi said the ministry had recorded 46 deaths due to delays in accessing medical care and requested cholera vaccines from the World Health Organization.

According to the WHO, the Syrian cases are linked to a raging epidemic that began in Afghanistan in June – then spread to Pakistan, Iran, Iraq and then to Syria and Lebanon.

Cholera usually spreads through contaminated water, food or sewage. It can cause severe diarrhea and dehydration, which can be fatal if left untreated.

Syria’s water pipes and pumping stations have been ravaged by more than a decade of war, and a drought this year has left levels of its main river, the Euphrates, particularly low.

Nabbough al-Awwa, an eye, nose and throat doctor in Damascus, said the dumping of solid waste in standing waters contributed to the spread.

Syria’s poor water supply and lack of medical care are exacerbating the cholera outbreak in the country’s provinces. Pictured: Nurses follow up cholera patients in the cholera ward of Al-Rahma Hospital in the city of Darkoush.
(Anas Alkharboutli/photo alliance via Getty Images)

“If the river is flowing, it’s fine. But when the water level went down due to rising temperatures in many countries around the world, these bacteria started growing and spreading,” Awwa told Reuters .

With farmers relying on untreated river water, vegetables quickly became contaminated and the virus spread to cities, he said.

Shops and restaurants in the capital have changed their menus to protect their customers.

The capital remains relatively protected, according to WHO data, with the highest number of cases recorded in the vast desert province of Deir Ezzor in the east and Raqqa and Aleppo in the north – which depend most on the Euphrates. .

But to continue its efforts, the UN children’s agency says it still needs about $9 million in funds to reach it until the end of the year.