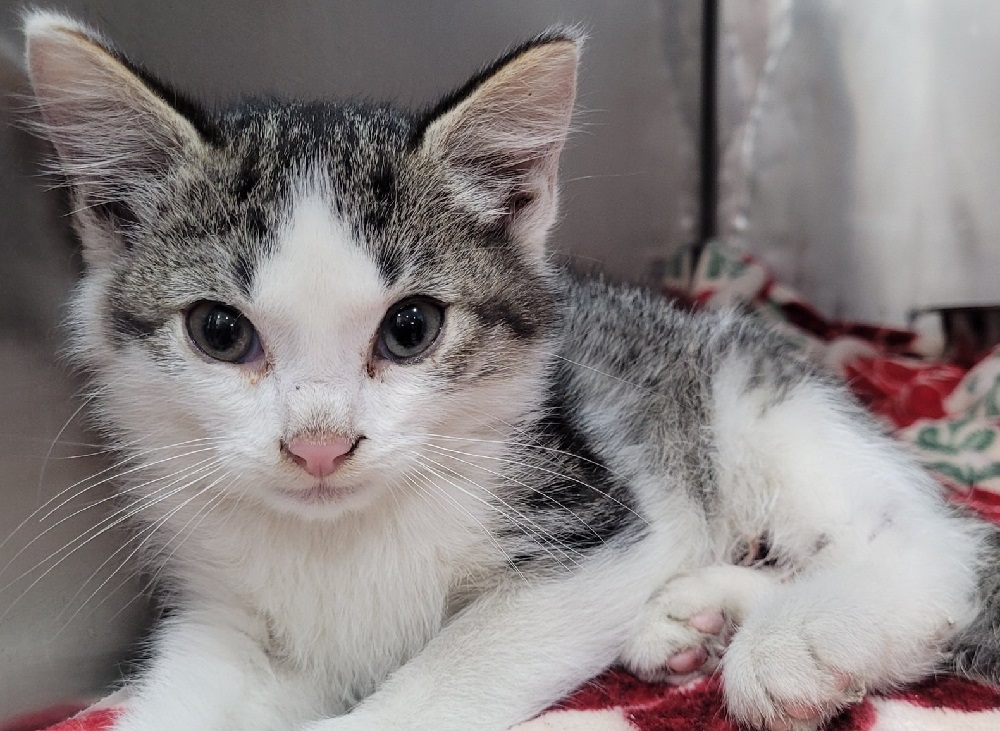 Police and citizens attempted to rescue a kitten this week, but authorities received sad news today.

East Greenwich Police say a male kitten, aged around 8-12 weeks, was struck by a vehicle on Division Street near Howland Road at around 1pm on Tuesday.

A considerate passerby stopped and picked up the kitten from the pavement and contacted East Greenwich Animal Control. The kitten was taken to North Kingstown Animal Hospital where he was given pain medication and X-rays. X-rays confirmed a badly broken back leg requiring surgery to fix it.

Since the East Greenwich Police Department does not receive funding for such circumstances and the Animal Control Department relies on donations to help care for injured or abandoned cats and dogs, the department has begun to to collect funds.

Despite the best efforts of everyone involved, officers received some bad news this morning.

The ACO received a call at 8:00 a.m. informing the department that the kitten had died overnight. It is believed that he suffered internal injuries.

The EGPD said the generous donations will pay for the care and shelter provided to the kitten by staff and doctors at the North Kingstown Animal Hospital and the remainder will go entirely to the Exeter Animal Shelter.