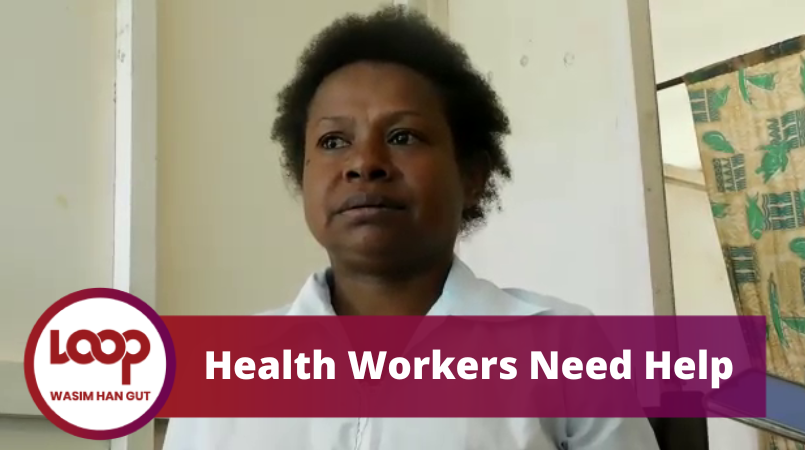 She also said that there are no drugs in the hospital to treat the patients and the only way to help the sick is to refer them to Malala health facility.

Kalana runs the aid post with another community health worker. She said they get their medicine from Malala or Bieng on Manam Island.

Ms Kalana added that when she was in desperate need of medicine, she asked her former bosses to help her. She said that currently she has no medicine at the aid station. She said the last Panadol she had in stock was stolen last week.

Another setback is the lack of electricity at the clinic, so they cannot work at night. For the moment, the aid station is closed because there are no medicines. Kalana said she only deals with emergencies and refers the rest to the clinic in Malala along the north coast road.

The most common illnesses she treats at the aid station are malaria and diarrhoea. She said diarrhea is common because they don’t have a good supply of clean water. They fetch water from dug wells for drinking and for household chores, which is very unhealthy.

A displaced islander from Manam at the Asuramba health center said his child was sick from scabies-like sores on his skin. He is told that it is because of the impure water.

They are now calling on Madang leaders and the government to address the resettlement issue as soon as possible.