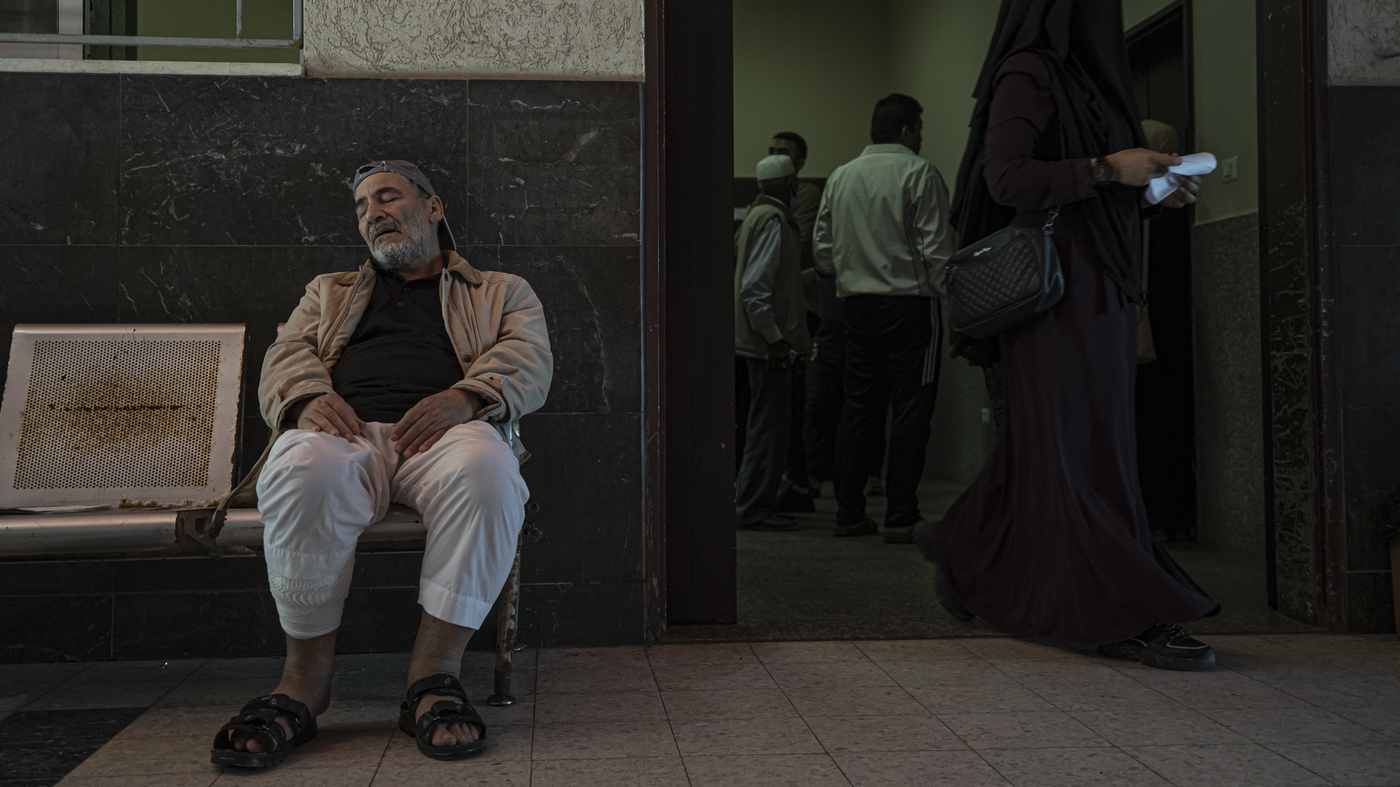 Yousef Al-Kurd, who suffered from chronic heart disease, is waiting for his turn to follow Dr. Saher Abu Ghali to Shifa Hospital.

Yousef Al-Kurd, who suffered from chronic heart disease, is waiting for his turn to follow Dr. Saher Abu Ghali to Shifa Hospital.

A Palestinian’s struggle to get life-saving medical care while living in the Gaza Strip highlights many less visible victims of the Israeli-Palestinian conflict: since the militant group Hamas took control of Gaza there are Israel’s 15-year blockade has resulted in many obstacles for Palestinians seeking essential health care.

Palestinians can try to get medical treatment inside and outside Gaza, but they need a travel permit to choose the latter. And although Israel grants thousands of travel permits a year, the time it takes to get one can be long. Some doctors have also fled Gaza. All of these factors can dangerously delay life-saving treatment.

In participating regions, you’ll also hear a local news segment to help you understand what’s going on in your community.

Email us at [email protected]

This episode was produced by Matt Ozug and Brianna Scott. It was edited by Larry Kaplow and Ashley Brown. Our executive producer is Cara Tallo.