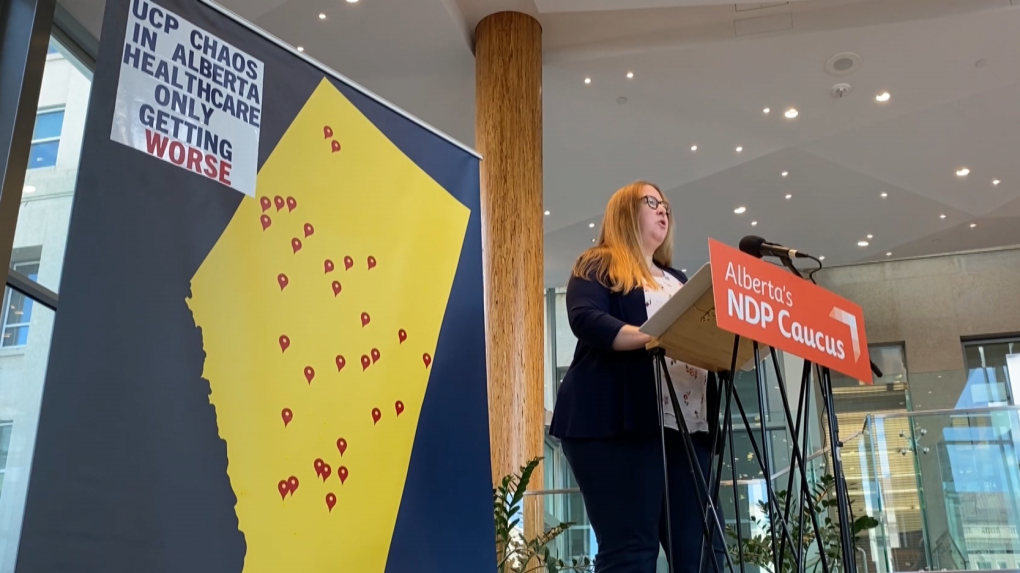 While the Alberta government continues to acknowledge a “real strain” in hospitals across the province, at least one rural doctor thinks the situation is much worse than the UCP will admit.

“It’s no longer the system is not sustainable and it’s going to collapse, the system is collapsing,” Dr. Parker Vandermeer told CTV News Edmonton on Wednesday.

He believes Alberta’s hospitals and clinics are sustained by “goodwill” and overtime.

“People are working dangerously long shifts and they’re being held together by nurses and doctors taking higher volumes than is safe,” Vandermeer explained.

The government has a map of “temporary bed/space reductions”. More than two dozen facilities, from High Level in the north to Bassano in the south, were affected on Wednesday.

At High Level, six of 21 acute care beds were closed due to “vacations, vacancies, illness.”

In Bassano, the entire emergency department was to be closed after 5 p.m. Monday through Thursday until September due to a “temporary lack of medical coverage”.

“Their serious mismanagement of the pandemic, their continued efforts to privatize services and their sustained attacks on healthcare workers (that’s to blame).”

A spokesman for the health minister hit back saying the UCP had hired hundreds of new workers and increased health spending by $1.6 billion since taking over from the NDP.

“The pressure on health care is real, but the NDP’s attempts to politicize it are utterly false. Today’s ‘press conference’ was nothing more than a pitch for the media run another free campaign ad,” wrote publicist Steve Buick.

A spokesperson for Alberta Health Services said “higher than usual volumes of critically ill patients” combined with the ongoing COVID-19 pandemic and “increased vacancies and absences staff due to illness” caused “significant pressure”.

“This is not unique to Alberta and is being felt across the country. The global pandemic has had an unprecedented impact on health care systems around the world,” James Wood told CTV News Edmonton.

“We recognize that our staff (in the emergency department) are extremely busy and that in some cases the wait times are too long. We are committed to working closely with our physicians and frontline staff to improve access and reduce wait times.

Wood said the temporary closures are happening so AHS can direct staff to where they’re needed most.

“Most bed closures at smaller sites have no impact on patient access, as normal occupancy levels are lower, so beds are normally unoccupied,” he explained.

AHS currently has 200 more emergency room workers than the system did a year ago, Wood said, and 250 paramedics and about 1,900 registered nurses have been hired since the pandemic began.

“THEY LEAVE BECAUSE OF BURN OUT”

The health problems are not unique to Alberta, as many other provinces have also described a “crisis” in their understaffed hospitals. Workers are leaving and it is difficult to find new ones, explains the president of the Canadian Nurses Association.

“We are seeing an increase across the country. They leave because of exhaustion,” said Dr. Sylvain Brousseau. “Across the country, we have 143,400 vacancies in health care and social workers.”

As vacancy rates rise, Vandermeer and other doctors are calling on the Alberta government to build longer-term facilities, sign doctor contracts and create more rural incentives to attract workers.

“These are things that are going to cost money now but are going to save money, benefit the patient, the system and society in the long run,” Vandermeer said.

Wait times in Alberta have increased by about 50% during the pandemic, but the province still has one of the lowest in Canada.


With files from Chelan Skulski of CTV News Edmonton

Women’s access to health facilities has declined over the past year: GWHI