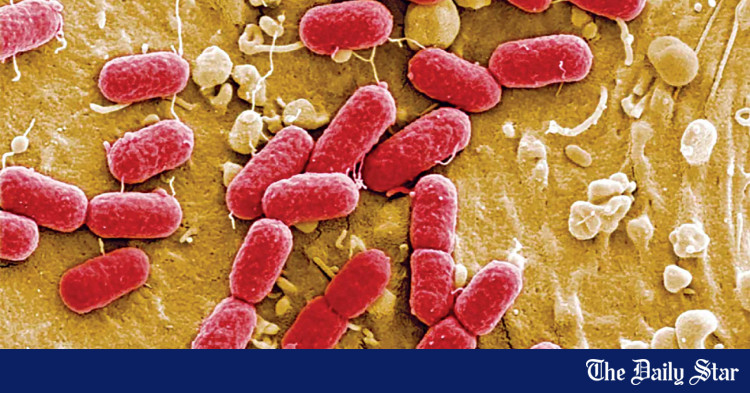 Sheikh Abdul Alam, 96, was admitted to a private hospital on December 20, 2021, with a broken hip following a fall.

Apart from the injury, he had no medical issues – no chronic conditions like diabetes or hypertension – and was completely healthy.

For all the latest news, follow the Daily Star’s Google News channel.

However, when kept in a high dependency unit for monitoring, Alam developed a persistent cough two days later.

On the third day, doctors had to start manually suctioning his upper respiratory system. And on the sixth day he died of pneumonia.

The man, who had survived the operation, did not have the immunity needed to survive the pneumonia contracted in the hospital.

A study carried out in 11 tertiary level hospitals in the country by the icddr,b and the Directorate General of Health Services revealed that none of the hospitals carry out surveillance for nosocomial infections.

The tertiary, the highest level, hospitals or institutes have medical colleges and universities, specialized departments and are usually referral hospitals, where patients from all over the country seek medical help.

These 11, made up of nine public hospitals and two private hospitals, represent a quarter of all tertiary-level hospitals in the country, and a third of public establishments of this size.

Md Golam Dostogir Harun, lead author of the study and research director of the project at the infectious diseases division of the icddr,b, said: “Hosiocomial infections appear in a patient after admission to a facility. It is the result of poor infection control. “

According to the DGHS, these infections include urinary tract infections, pneumonia, diarrhea, infections following surgery or invasive medical procedures, and infections in new mothers and newborns.

Physicians often find that nosocomial infections become fatal, as some patients survive the initial illnesses for which they were admitted but later die from an infectious disease.

Dr Ahmed Abu Saleh, professor and former head of the department of microbiology and immunology at Bangabandhu Sheikh Mujib Medical University, said hospital-acquired infections are a major cause of death among intensive care patients.

These infections lengthen a patient’s hospital stay and increase the death rate.

According to the study, “None of the hospitals had a surveillance system…All hospitals cited the lack of necessary IT support and specialized epidemiology-qualified professionals to perform surveillance.”

Nine of the hospitals did not conduct any monitoring to see if surgical site infections were occurring following an operation or if infections were transmitted through medical equipment.

Additionally, six of them did not carry out any surveillance in their intensive care units, or among infants, while surveillance for tuberculosis and influenza was also ignored.

He revealed that all 11 hospitals, except one, could only be classified as ‘basic’ or lower on the World Health Organization’s infection prevention and control rating scale. .

This means that infection prevention and control is not sufficiently implemented in these hospitals and further improvements are needed.

A 450-bed public hospital, which regularly houses up to 2,600 patients and has an annual turnover of 85,000 patients, has been classified as “inadequate” in terms of infection prevention and control, where “the implementation implementation is deficient and significant improvement is needed”.

The second-lowest score was achieved by a 580-bed private tertiary hospital, which treats more than 15,000 patients each year.

The study did not name the hospitals, but said they are all teaching hospitals with huge patient loads, to which patients from district hospitals are also referred.

Overcrowding, lack of beds, inadequate workforce, insufficient toilets and non-existent sewage treatment systems – all contribute to the crisis, the study found. Wastewater has been proven time and time again to carry pathogens.

Only around a quarter of hospitals estimate the number of staff needed to handle patient loads, while 45% have failed to maintain the government’s proposed staff-to-patient ratio.

“Cleaners were found to be excluded from infection prevention and control training,” said lead author Harun.

The study also found that two-thirds of hospitals did not maintain adequate spacing between patient beds.

Only six of the hospitals could sustain one patient per bed, the study found. It is observed that large hospitals cram several patients into a single bed or lay the bedding on the floor.

It also found that seven hospitals did not have enough functioning toilets.

Only one had an incinerator.

“There must be a collective effort because the BSMMU is a referral hospital and intensive care patients, for example, are admitted to private hospitals before being transferred here. I don’t know what infections they bring from there- down.”

Meanwhile, other healthcare workers were not getting enough infection control training, while cleaners were getting almost none.